Having secured a strong renewal mandate for the town centre Business Improvement District (BID), Locus Management (the Company behind Ipswich Central) has announced an internal reorganisation and an expansion of its activities in readiness for a new 5-year term. 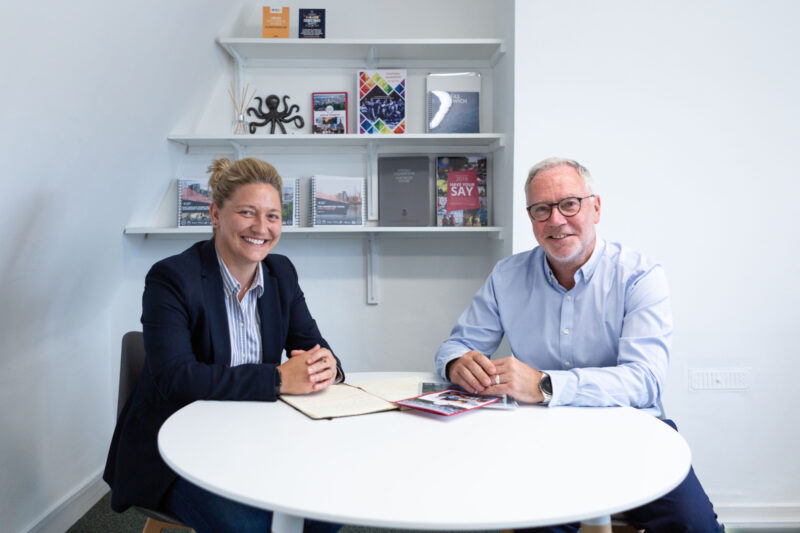 Sophie Alexander-Parker takes over as Chief Executive Officer of Ipswich Central and All About Ipswich, the Destination Management Organisation (DMO) for south-east Suffolk. She started work as a Street Ranger in 2007 and rose through the ranks to become Chief Operating Officer last year.

After 15-years in charge of the town centre management company and the DMO, Paul Clement becomes Chief Executive of Locus and will concentrate on major new projects, strategic development, and the expansion of commercial activities. His role will include the creation of additional income streams and establishing partnerships with other locations, BIDs and DMOs.

On announcing the new structure, the Chair of Locus and Ipswich Central, Terry Baxter, said:

“Paul has fronted Ipswich Central and All About Ipswich since their formation and was instrumental in the creation of both. Together, they have generated over £10 million of additional investment, with a further £6 million projected over the next 5-years. Amongst his achievements have been developing our strategy for the Connected Waterfront Town Centre, overseeing our Covid business response programme, and ensuring a fourth consecutive BID term with a landslide election majority in November. We now intend to capitalise on his national reputation for place-shaping, enabling us to further scale-up our investment in Ipswich and south-east Suffolk over the coming years.

Paul and I have long identified Sophie as his successor, and I am delighted that she has accepted her new, joint roles. As the town centre begins to recover from the economic shock of Covid, it remains a challenging time for many businesses. Sophie’s appointment, though, is timely in that it coincides with the development work towards a new Ipswich BID term in which will we plan further significant support to our business community and commit to helping kick-start a period of revival and regeneration.”