Following recent closures of the Orwell Bridge, costing our town centre millions of pounds in lost revenue and inconvenience, I called for more urgent action from the Highways Authority 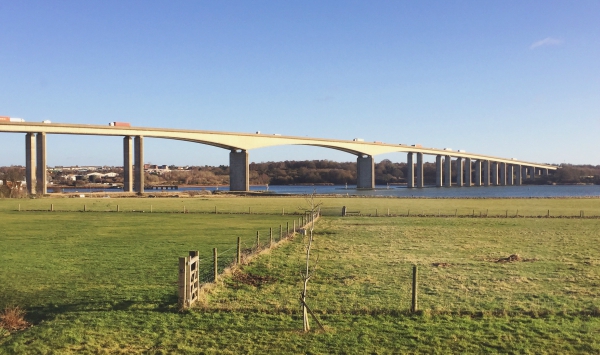 On your behalf, I have had discussions with a senior representative of the Highways Authority last week and can update you on their intended actions: 1. Improved signage which should lead to the ability to respond to high winds more quickly, therefore leading to shorter closure times (target April’18). 2. Variable messaging signage to be installed to manage High- sided and Lower vehicle flow by winter of this year (target October’18). 3. In addition to (2) development of an agreed process and route system for the segregation of traffic, meaning that high sided vehicles can be diverted away from the Bridge if it remains safe for lower vehicles to continue travelling across it. (target October’18). 4. Assessment by engineers as to whether the current load implications in times of high winds can be reviewed such that the Bridge may remain open even during gusty conditions beyond the current 50 mph trigger (target April’18). I felt, from our discussions, that there is a sense of momentum within the Highways Authority to put the necessary focus on the Bridge to avoid a repeat of the numerous closures we have endured this past winter. None of us can control the weather, however I hope that you will agree that this progress is encouraging. It is now imperative that the Highways Authority progress each pledge to minimise disruption and maintain safety. I will, of course keep you updated as and when my discussions continue. Terry Baxter