Monday 29th January 2018. The borough and its partners, including Ipswich Central, have promised that the new-look square will bring the “Wow Factor” to the town centre. The town’s market will be opening in its new location from tomorrow – with stalls starting from the top of Princes Street and a new Food Court in Queen Street. Local contractor Brooks & Wood is turning the Ipswich Vision Group’s Cornhill project into reality by transforming the town’s main square. Four iconic arches, a water feature, seating and exciting new paving will turn the Cornhill into a visitor attraction in its own right, according to developers. The project is being co-ordinated by the borough on behalf of the Ipswich Vision Group and is being funded by the borough, New Anglia Local Enterprise Partnership, Suffolk County Council and Ipswich Central. Ipswich Vision chairman Terry Hunt said: “The Cornhill is the biggest and most prominent public open space in Ipswich town centre. As such, it sets the tone for the rest of the town. “So it is absolutely vital that the Cornhill has a real ‘wow factor’ for shoppers, visitors, and residents alike. This important project will give Ipswich a town square to be proud of and I am confident this work will act as a catalyst for other improvements in the town centre experience.” Borough leader David Ellesmere said: “This is a major investment by the Ipswich Vision partners in Ipswich town centre and is going to give us a Cornhill we can all be proud of. The start of work marks a real boost for the town and is a very visible sign that Ipswich is on the up.” From Ipswich Star. 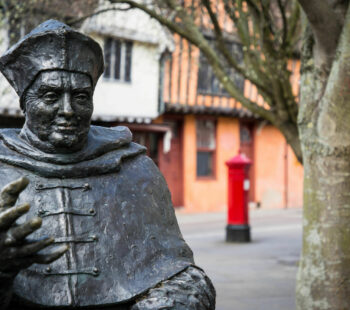 We are pleased to launch a major project to celebrate Cardinal Thomas Wolsey, Ipswich’s most famous son. Wolsey was born and educated in Ipswich. Initially dismissed by his critics as… 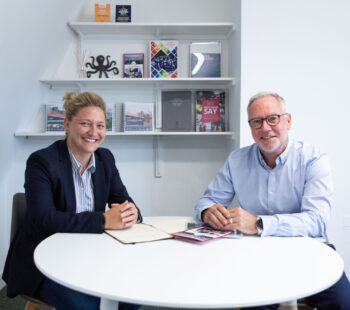 Having secured a strong renewal mandate for the town centre Business Improvement District (BID), Locus Management (the Company behind Ipswich Central) has announced an internal reorganisation and an…