Business leaders discussed the benefits of the Upper Orwell Crossings during a site visit to see the ground investigation works that will be used in the detailed design of the three bridges. 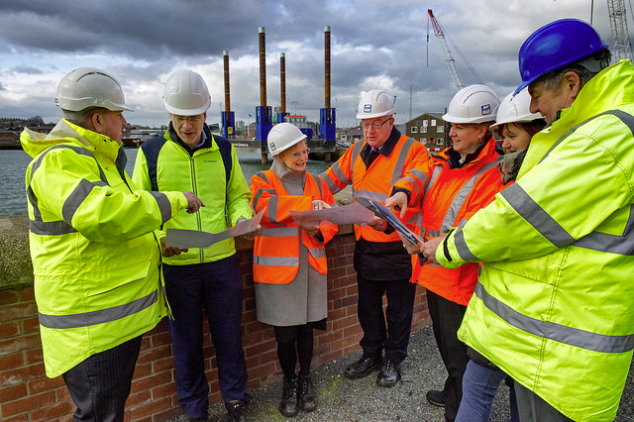 The works began on 15 January and could take up to three months to complete. The work is being carried out by contractors Fugro GeoServices Ltd, who have been drilling boreholes on land and water, some as deep as 80m.

These works will determine the underlying properties of the ground and river bed. Geotechnical Engineers will analyse the information and use it to design the foundations on which the bridges will sit.

Land based works have been taken place from Monday-Saturday, while work in the water has been carried out 24 hours a day, seven days a week. Trials on the highway are scheduled to take place from 12 March, and are anticipated to take four days to complete. These works will be undertaken outside of rush hour periods to minimise disruption to road users. 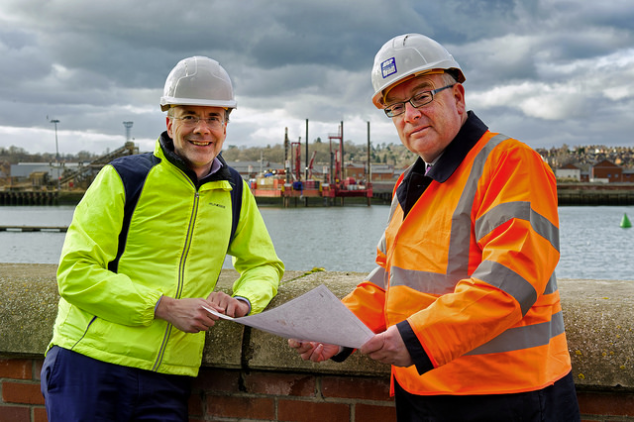 Cllr Colin Noble, leader of Suffolk County Council, said: “This is an exciting step in the design process for the three crossings.

“2018 is a significant year for the project – the ground investigations will be followed by an announcement of the design ahead of the formal consultation later this year.

“The scheme will improve journeys and provide greater connection opportunities for many people in Ipswich, there are also massive economic benefits to the scheme, as the three crossings will enable the redevelopment of the Wet Dock Island and continued success of the Waterfront area.

“The crossings will also act as a catalyst in the regeneration of the southern area of Ipswich. These are ambitious targets but Suffolk County Council is ambitious and we want to provide the best we can for the town, and in turn, the rest of the county.”

Terry Hunt, Chair of the Ipswich Vision Board, said: “It was great to see the preparatory work on the crossings well underway. These crossings will be important for Ipswich in many ways, and will play a big part in the town's renaissance, along with the Cornhill project, the completion of the so-called Wine Rack, and a number of other exciting developments.”

David Redhead, board member of Suffolk Chamber in Greater Ipswich, said: “This impressive site investigation shows that the Upper Orwell Crossings is moving from the theoretical to the practical sphere.

“For Suffolk Chamber this project is a vital piece of the jigsaw, alongside improvements to the A14’s junctions around Ipswich, improved procedures for the closure of the Orwell bridge and a northern route around the town, in ensuring that our road network is fit for future of our growing and increasingly prosperous town.”

Cathy Frost from the New Anglia LEP, said: “The Upper Orwell Crossings are an exciting project for Ipswich. The scheme will lead to reduced traffic congestion in central Ipswich and be a catalyst for the regeneration of the Waterfront and Island site.

“This project also has immense significance in improving the connectivity to the Greater Ipswich area and the wider regions of East Anglia and the South East.” 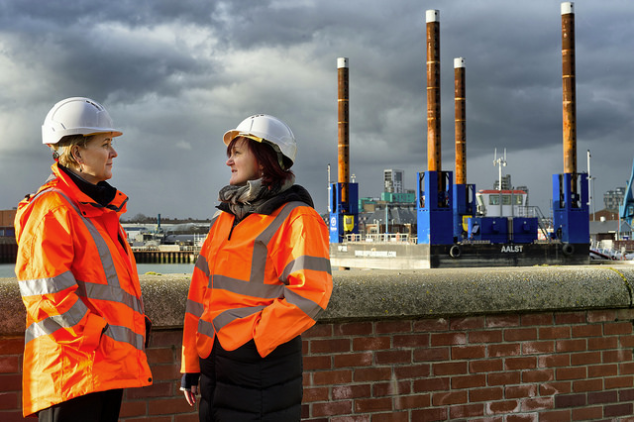 From this week, weekly updates on the progress of the ground investigations will be published online at www.suffolk.gov.uk/upperorwellcrossings

The timeline for the crossings remains on track and it is anticipated construction of the crossings will begin in 2020 with completion scheduled for 2023.