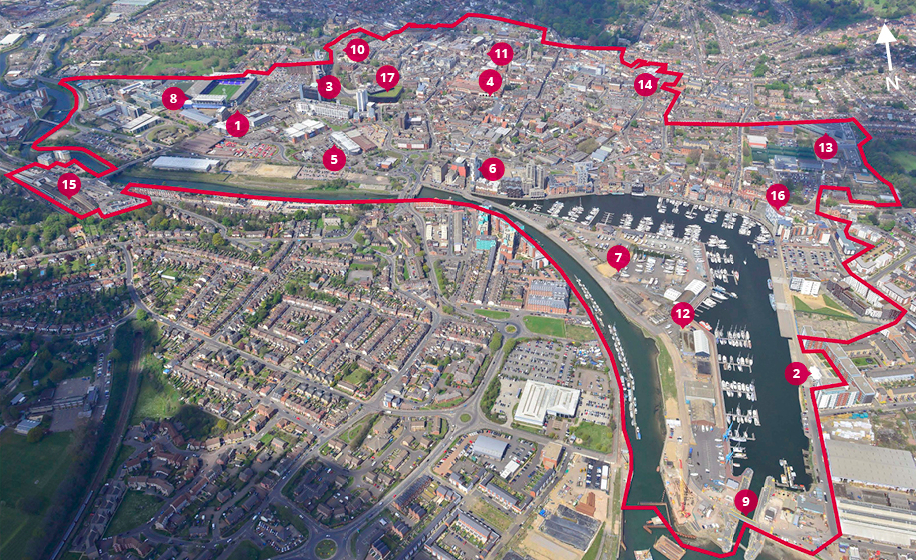 Ipswich Central is a town centre BID that covers all sectors and is home to large employers such as Willis Towers Watson, AXA, ABP, Ipswich Borough Council and Suffolk County Council.

The BID Zone for Ipswich Central covers a wide geographical area, from the Education Quarter in the east (encompassing both Suffolk New College and University of Suffolk) to the Office Quarter to the west. The waterfront creates the southern fringe whilst to the north the BID incorporates Crown Street car park, Crown Pools and the retail heart of the town.

In the past seven years, Ipswich Central has generated additional income which has been invested back into the town centre. This figure is set to increase by the end of BID3. An example of this additional income is £168,057 awarded to the BID in 2013 as the High Street Renewal Award for its work on the Vision. The BID is also:

• The only BID fully accredited by the Police.

• The only BID to be certified by ISO for quality management systems.

• The recipient of an award in July 2013 for the Street Rangers – 2013 EADT Business Community Safety and Crime Prevention Awards.

• Along with the Police and Ipswich Borough Council the BID was the recipient of a national award for most Innovative Best Bar None scheme (2010). Ipswich Central Street Rangers will be back in town from today (Monday 30thMarch). The town centre business community is our one and only priority in these challenging times. Our services are… 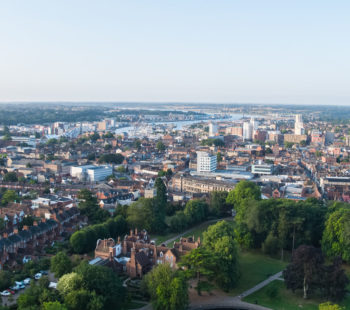 Ipswich Borough Council and Ipswich Central have jointly announced that retail, leisure and hospitality businesses will be given longer to pay their BID levy this year.Businesses in these categories…

COVID-19: the latest support for businesses

Measures have been put in place by the Government to support businesses through the disruption caused by COVID-19. Here are the seven initiatives announced so far, many of which may help your…